To share your memory on the wall of Cassidy McKinley, sign in using one of the following options:

Cass was born April 30, 1963 in Arco, Idaho to Taylor “Ted” McKinley and Clare Jo McKinley. He grew up and attended school in Arco.

Cass was born April 30, 1963 in Arco, Idaho to Taylor “Ted” McKinley and Clare Jo McKinley. He grew up and attended school in Arco.

In 1984 he was married to Paula Patheal in Arco. To this union were born two children; a daughter, Tori McKinley and a son Chase McKinley. They were happily married for 36 years.

Cass and Paula made their home in Jerome and later Rigby. Cass was a proud second generation member of Ironworkers Local 732 for over 35 years and traveled the country as well as working on projects internationally in London, England. He shared the honor of being a union ironworker with his father; Ted McKinley; brothers, Shane and Cole McKinley; and later with his son Chase McKinley, along with many other brother and sister ironworkers.

Cass was most happy in the outdoors where he enjoyed hunting and fishing with his friends and family. Cass had a wild streak in him for sure and preferred to be found where phone service couldn't. He had the pleasure of taking in multiple beautiful landscapes while putting in many miles in the hills. He would often say after a hard hike or long pack of game meat "This would have killed lesser men."

To say that Cass loved his family is an understatement. He lived for them and anyone who knew Cass could never doubt that they were his first priority. He wasn't just an outdoors man, you could sense his intelligence by the seamless way you might find yourself on the end of one of his many clever jokes or in a deep philosophical conversation about life and it's meaning. His sense of humor, passion for pranks and jokes knew no bounds and are just small examples of his love for life.

He was preceded in death by his father Taylor “Ted” McKinley, a sister lost in infancy and brother in law, Doug Smith.

A celebration of life will be announced and held at a later date.

Arrangements are under the care of Serenity Funeral Chapel Life Celebration Center & Cremation Services of Idaho, Twin Falls. Condolences may be shared at www.serenityfuneralchapel.com.
Read Less

To send flowers to the family or plant a tree in memory of Cassidy Lee "Cass" McKinley, please visit our Heartfelt Sympathies Store.

Receive notifications about information and event scheduling for Cassidy

There are no events scheduled. You can still show your support by sending flowers directly to the family, or planting a memorial tree in memory of Cassidy Lee "Cass" McKinley.
Visit the Heartfelt Sympathies Store

We encourage you to share your most beloved memories of Cassidy here, so that the family and other loved ones can always see it. You can upload cherished photographs, or share your favorite stories, and can even comment on those shared by others.

Posted May 01, 2021 at 03:56am
When I came to Butte County Middle School as an eighth grade foster child Cass was the first one to introduce himself and befriend me. We bonded as friends over our slightly off key sense of humor and wrestling. He soon introduced me to his brothers Shane and Cole who coached our wrestling team which produced five state champions, myself included. I wonder had Cass not befriended me, giving me much needed self confidence and a friend who I wanted to fit in with if my life might have been less than the wonderful and fulfilling one I've been blessed with. God bless my childhood friend and his family, especially Shane and Cole. I can't imagine your pain. Dirk Moon, San Diego CA
Comment Share
Share via:
CE

Posted Dec 23, 2020 at 10:43pm
I had an art class with Cass and Barry in about 1982. They were the cool kids. I was not. But the two of them treated everyone like they were part of the cool crowd. I wanted to have Cass’s hair but my folks wouldn’t allow it. So sorry to hear of Cass’s passing.
Comment Share
Share via:
HS

Blooming Garden Basket was purchased and planted a memorial tree for the family of Cassidy McKinley. Send Flowers

Posted Dec 14, 2020 at 10:55pm
I have quite a few memories but my favorite is when we all went camping at Red Fish lake and Cass was being silly riding his motorcycle and as he turned around he ran into a tree. Luckily no injuries done to Cass or the bike. He was a cray one but loved by all. He always made me feel like part of the family. My condolences to you Paula and your family. I love you ❤️❤️
Comment Share
Share via:
BD

Lol, god I remember that, so funny. I believe he was trying to do a cookie. Those were some of my fondest memories of CASS too. Hanging at Redfish.
HS

Posted Dec 14, 2020 at 06:28pm
With thoughts of peace and courage for you, So sad to hear of this tragic loss. So many great memories of this man.

Flowers were purchased for the family of Cassidy McKinley. Send Flowers 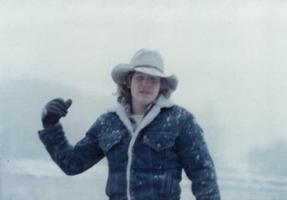 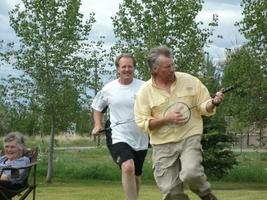