To share your memory on the wall of Howard Stahlecker, sign in using one of the following options:

Print
Howard Lee Stahlecker, 67, passed away suddenly on Sunday, December 27, 2020 at his home. He will be deeply missed by all.

Howard was born in Burlington, CO on September 11, 1953. His Castleford roots grew quickly after moving to Idaho e... Read More
Howard Lee Stahlecker, 67, passed away suddenly on Sunday, December 27, 2020 at his home. He will be deeply missed by all.

Howard was born in Burlington, CO on September 11, 1953. His Castleford roots grew quickly after moving to Idaho early on in life. Castleford held a special place in Howard’s heart.

He married Jeannie Hart in 1974. In April of 1975, he welcomed his only son, Michael. Later on, he married Selena Howard in 1994. He opened his arms to two children, Chris and Amy Meierhoff.

Howard had three passions in life - custom farming with his brother, Wayne, watching and supporting his grandkids, and camping and being outdoors with his son and family. Howard raised Holstein heifers on his farm in Castleford and loved every minute of being outside with them. He spent his leisure time attending soccer games and football games, any chance to go out and support his grandkids. He was an amazing grandpa. His grandkids were his pride and joy. He just recently met his first great grandson, which brought plenty of joy to Howard. The latter part of Howard’s life was spent camping in the mountains with Mike. He loved being outdoors and spending time with family.

He is survived by his sister Sharon (Jack) Power of Las Vegas, NV, his brother, Wayne (Linda) Stahlecker of Filer, ID, and a niece and nephew.

To send flowers to the family or plant a tree in memory of Howard Lee Stahlecker, please visit our Heartfelt Sympathies Store.

Receive notifications about information and event scheduling for Howard

There are no events scheduled. You can still show your support by sending flowers directly to the family, or planting a memorial tree in memory of Howard Lee Stahlecker.
Visit the Heartfelt Sympathies Store

We encourage you to share your most beloved memories of Howard here, so that the family and other loved ones can always see it. You can upload cherished photographs, or share your favorite stories, and can even comment on those shared by others.

3 trees were planted in the memory of Howard Stahlecker 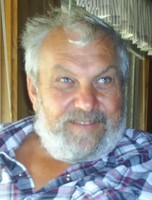