To share your memory on the wall of Paul Hightree, sign in using one of the following options:

Print
Paul Eugene Hightree, age 89, of Salmon, Idaho, passed away on Monday, November 16, 2020 at the Twin Falls Manor in Twin Falls, Idaho as a result of COVID-19.

Paul was born in DeForest, Ohio on October 4, 1931, the youngest of three children born to Donald and Caroline (Rudge) Hightree. In the summer of 1940, after school ended, the family decided to try out California, and they headed west. Paul's dad got a job with Lockheed, and they rented a modern 3 bedroom home with hardwood floors for $75/month, much nicer accommodations than they had in Ohio. As the summer came to a close the family decided they were homesick and so they headed back to Ohio. As the winter of 1940-41 settled in on them, they all wondered why they had left sunny California. However, with the outbreak of World War 2 in December 1941, the family could not return. Rationing of gasoline and tires was the primary obstacle, so the family settled in and had a small home built in Ohio. Finally, in the summer of 1945, the family did head west again, this time for Portland, OR. The family had saved enough money to make the trip, and Paul's dad had already been hired to work on construction of Liberty ships for the U.S. Navy.

While they were traveling, they heard the historic announcement that Hiroshima and Nagasaki had been decimated by atomic bombs. Japan had quickly surrendered, and with the end of World War II, the family feared that without a war, the Navy would need no more new ships, and Don's job might fall through. But those fears were never realized. The economy never even slowed down. Although he wasn't building ships, Don had no problem finding a good machinist job.

Soon after their arrival in Portland, Paul's mother developed a severe medical problem for which she was confined to bed. Despite medical treatment, the condition persisted, and her doctor advised them to move to a warmer climate. The family discussed their options, and then headed back to California, settling in Roscoe. Paul attended Verdugo Hills High School, graduating in 1949. He attended John Muir Junior College (1949-50 and 1950-51) in Pasadena. In the summer of 1951 Paul worked on the Lassen National Forest out of the Hat Creek Ranger Station. After receiving his Associates degree from John Muir JC, he transferred to Utah State for the 1951-52 school year.

In the summer of 1952 Paul worked on the Los Padres National Forest. There he met a young lady named Doris Trotter whom he was destined to get to know very well. As the Korean Conflict escalated, his grades at Utah State were not high enough to gain him student immunity, and on October 13, 1952 he was inducted into the Army for a two year tour of duty. He ultimately became a military policeman with the 505th M.P. battalion. When his original Fort Ord basic training company was firing the M-1 rifle, Paul contracted the measles and was put back two weeks. This original company was shipped out to Korea, and Paul later heard from returning buddies that this company had suffered 50 percent casualties. Paul never left California during his tour of duty, spending his entire time at Sixth Army Headquarters on the Presidio of San Francisco. Paul was given an honorable discharge on October 12, 1954.

A few days later Paul, Doris Trotter, and Paul's mother left for St. Louis, Michigan, driving Doris' 1951 Ford. There were no interstates in 1954, and the drive took five days. Paul's father flew from California to Michigan because he and Caroline were purchasing a new 1954 Oldsmobile 88 hardtop, which they drove home from Michigan. Paul and Doris were married on October 19, 1954, a union that endured more than 60 years until Doris passed away in 2015. After the wedding Paul and Doris lived with Paul's parents until January, 1955, when they moved to Logan, Utah so Paul could continue his studies in forestry at Utah State. Paul graduated with his forestry degree in 1956 and took his first full time job with the U.S. Forest Service. He was located in the Forest Inventory Department of the Pacific Northwest Forest and Range Experiment Station in Portland, Oregon.

Their family began to grow soon after, when Matt was born in 1956 and Tony came 2.5 years later. Paul's career with the U.S.F.S. continued for almost 30 years. His positions took him to new job assignments every three or four years, including work in Sisters and Bend, Oregon, North Fork, Salmon, and Island Park, Idaho, Richfield Utah, and Great Falls, Montana. His primary field of practice was timber management. He also spent many smoky days fighting wildfires in the west, often serving as the fire safety officer. He retired in 1984.

Paul was a natural teacher. He often said that because he had trouble as a student he was better able to offer the instruction students needed to master a subject. He taught basic forestry classes at Central Oregon College while working in Bend in the 1960s. Paul's daughter-in-law Kathy remembers his teaching skill while taking fire school training from Paul while employed by him as a summer intern in 1974. He often taught classes on the Bible for the various community congregations with whom the family worshipped in the many places where he lived.

Paul was a great outdoorsman, loving any opportunity to cruise two-track mountain roads in his 1973 Chevy short box 4 by 4 with a 350 ci engine and glass packs. His two sons learned to water ski, to snow ski and to hunt under his tutelage. Through all of his working years he hunted elk and deer in Oregon, Idaho, Utah and Montana, plus he hunted pronghorns in Idaho. He even bagged a caribou in Alaska on a hunt he had long dreamed of having.

After retiring he and Doris moved back to Salmon, Idaho, drawn by Paul's love of hunting. During those retirement years he had the opportunity to hunt with several of his grandchildren. When his physical ability to hunt finally came to an end around 2013, he spent many hours reminiscing about his elk hunts and his single Idaho moose hunt, always ready with a story for anyone who cared to listen. Also during those retirement years he and his lifelong friend Jim Toynbee decided they were going to ride their mountain bikes from the Lemhi River and the Salmon River drainage up every road and trail between Gilmore Summit and Lost Trail pass into Montana, a goal they achieved together. Paul was an active member of many church congregations through the years. Since 1987 he has been affiliated with the Shepherd of the Valley Lutheran Church in Salmon, Idaho.

Paul is survived by two sons Matt (Kathy) Hightree of Payette, Idaho, and Tony (Gemma) Hightree of Midland, Texas; seven grandchildren, Dan, Josh, Audra, Derek, Brandon, Mark, and Paul; 23 great-grandchildren, and numerous nieces and nephews.
He was preceded in death by his parents Donald and Caroline; two sisters, Mildred and Donna, his beloved wife,
Doris, and one great-grandchild.

No services are planned at this time. Family expects to celebrate Paul's life in a private open-air gathering in the mountains southwest of Salmon during the summer of 2021.
Services are under the direction of Serenity Funeral Chapel Life Celebration Center & Cremation Services of Idaho, 502 2nd Ave. North, Twin Falls, Idaho. Condolences may be shared at www.serenityfuneralchapel.com
Read Less

To send flowers to the family or plant a tree in memory of Paul Eugene Hightree, please visit our Heartfelt Sympathies Store.

Receive notifications about information and event scheduling for Paul

There are no events scheduled. You can still show your support by sending flowers directly to the family, or planting a memorial tree in memory of Paul Eugene Hightree.
Visit the Heartfelt Sympathies Store

We encourage you to share your most beloved memories of Paul here, so that the family and other loved ones can always see it. You can upload cherished photographs, or share your favorite stories, and can even comment on those shared by others. 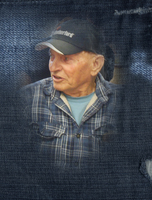