To share your memory on the wall of Bert Raidiger, sign in using one of the following options:

He was born on November 17, 1931 to Bert and Fay Raidiger in Rockford, IL. In his youth he spent the summers at his family’s ancestral ... Read More
Bert Wesley Raidiger, Jr. passed away at 88 at home from age-related illnesses, on July 27, 2020.

He was born on November 17, 1931 to Bert and Fay Raidiger in Rockford, IL. In his youth he spent the summers at his family’s ancestral homestead on South Manitou Island and developed a love for the outdoors. In 1952, Bert enlisted in the Marine Corps and was stationed in Kodiak, AK, where he learned carpentry. Bert married Mary Bernadette Wolfe in Bremerton, WA, in February, 1953, and shortly afterward, was transferred to Camp Lejeune, NC. They had their first child, Cathy, later that year. They moved to Racine, WI, in January, 1954 and in February he was honorably discharged. While in Racine they had four more children, Bert III, Chris, Lu, and Joan. During the summer of 1962, Bert moved his family to southern California in a 1929 Ford Model A Roadster. In 1966, they had their last child, Michele. They remained in California until Bert’s retirement in 1993 when he and Mary moved to Twin Falls, ID. Mary passed away in 1997.

Bert married Alice McDrummond in May, 2002 and they went on many adventures together. Bert loved camping, bowling and dancing. He had a great sense of humor, joked with everyone, and had a passion for tinkering with old vehicles. Bert influenced many lives.

Bert was preceded in death by both of his parents; his first wife, Mary; and both sons, Bert III and Chris.

He will be greatly missed.

Arrangements are under the care of Serenity Funeral Chapel Life Celebration Center & Cremation Services of Idaho, Twin Falls. Condolences may be shared at www.serenityfuneralchapel.com.

To send flowers to the family or plant a tree in memory of Bert Wesley Raidiger, please visit our floral store.
Read Less

To send flowers to the family or plant a tree in memory of Bert Wesley Raidiger, please visit our Heartfelt Sympathies Store.

Receive notifications about information and event scheduling for Bert

There are no events scheduled. You can still show your support by sending flowers directly to the family, or planting a memorial tree in memory of Bert Wesley Raidiger.
Visit the Heartfelt Sympathies Store

We encourage you to share your most beloved memories of Bert here, so that the family and other loved ones can always see it. You can upload cherished photographs, or share your favorite stories, and can even comment on those shared by others.

Posted Jul 31, 2020 at 12:00am
I will surely miss you Dad!  You're probably still going through Heaven's Orientation so make sure you listen to the instructor...k?  I Love you and will see you when I get there!!!  Lu
Comment Share
Share via:
J

Posted Jul 30, 2020 at 12:00am
Grandpa my heart was sad when u left us on Earth, I'm glad your out of pain and get to be with your boys (my uncles). My cousin Nathan and grandma bunny??? many more friends u get to dance with free now! I love u more then Earth! Your star in my Galaxy! you're a legend Will Go On???????????? thank you for your service! I love you
Comment Share
Share via:
R

Posted Jul 30, 2020 at 12:00am
A kind and respectful man even to passers-by. I know he will be greatly missed by those who knew him best and cherished him in their hearts, so to you I extend my deepest condolences. May the sadness of today turn to tomorrow's joy as we hope for a better future for all. Isaiah 26:19, Psalms 37:29
Comment Share
Share via: 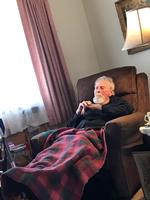 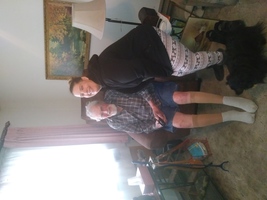 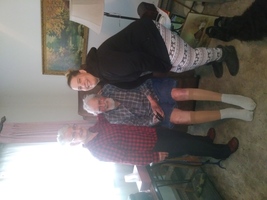