To share your memory on the wall of Gary Koutnik, sign in using one of the following options:

Gary began his career as a real estate appraiser and analyst in the summer between his 8th and 9th grade working for his father. That allowed him to buy his first and favorite car a white 1963 Triumph Spitfire. His career spanned 48 years and he was an original author of the Idaho State Certified Real Estate Appraiser Law. He was a founding member of the Idaho Real Estate Appraiser Board and served three years in that capacity.

Gary met his best friend and partner Deb in 1978 while she was washing her car at Shoshone Falls—he was smitten. After a courtship of two years they were married. Two years later, they had their daughter Jessica. They raised their little “Boo” in Twin Falls. Eventually she moved to California where she graduated from college.

Gary and Deb decided in 2008 to move to Ketchum, Idaho to be closer to their favorite sport of skiing. They lived 320 steps from the base of “Baldy” and spent many happy days with their friends cruising the groomers building up 35,000 feet of “vert” on a typical day. Skiing wasn’t the only sport that Gary and Deb enjoyed. They loved golf and hiking the many trails in the Wood River Valley. You would also often see them on their bikes together pedaling to one of their lunch spots downtown. Deb and Gary were rarely apart.

Gary did have some health problems. He battled and beat throat cancer in 2001. After years of back problems, which were hampering his skiing, he had surgery and was successfully rehabilitated in 2013. This allowed him to ski, bike, and hike up until he started having other health problems.

The family suggests that in lieu of flowers any memorial donations be given to the St. Luke’s Cancer Institute 725 Pole Line Rd. Twin Falls ID 83301 or The Senior Connection Meals on Wheels, PO Box 28 Hailey ID 83333. A celebration of life open house will be held at 7:00p.m., Friday, April 23, 2021 at Windsor’s Nursery, 3796 N 3386 E, Kimberly Road, Kimberly. Interment will follow at the Ketchum Cemetery at a later date. “Written by Gary, edited by Deb”

Friends are invited to share a memory or photo on Gary's tribute page at www.serenityfuneralchapel.com Cremation is under the care of Serenity Funeral Chapel & Cremation Services of Idaho, Twin Falls.
Read Less

To send flowers to the family or plant a tree in memory of Gary Koutnik, please visit our Heartfelt Sympathies Store.

Receive notifications about information and event scheduling for Gary

There are no events scheduled. You can still show your support by sending flowers directly to the family, or planting a memorial tree in memory of Gary Koutnik.
Visit the Heartfelt Sympathies Store

We encourage you to share your most beloved memories of Gary here, so that the family and other loved ones can always see it. You can upload cherished photographs, or share your favorite stories, and can even comment on those shared by others.

George and Jamie sent flowers to the family of Gary Koutnik.
Show you care by sending flowers

Posted Apr 22, 2021 at 09:03am
Sad to hear of Gary's passing. Always enjoyed my association with him back in the day when he was active in real estate in Twin Falls. Remember most his invariable smile and sense of humor. My condolences to the family.
Dick Greenwood
Comment Share
Share via:
GJ

Posted Apr 20, 2021 at 09:01pm
Dear Deb, our thoughts are with you as we continue our bond from happy times shared with you and Gary. Love, Jamie and George

George and Jamie purchased flowers for the family of Gary Koutnik. Send Flowers 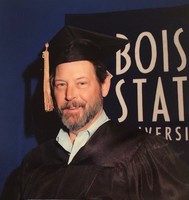